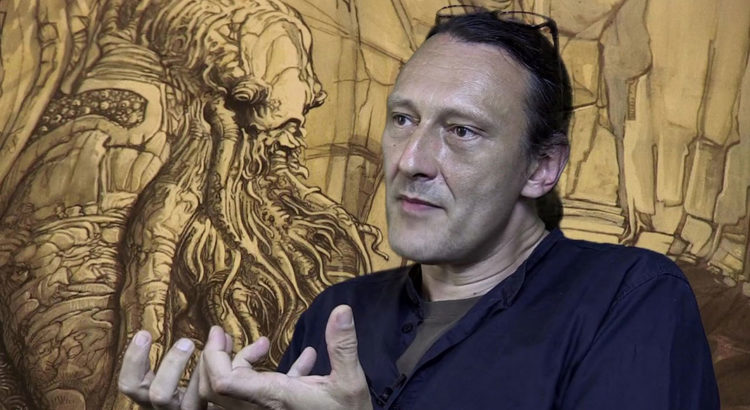 He has been working in fantastic illustration for more than twenty-five years.

He has created illustrated books with literary authors.

He has carried out research and done graphic design for:

Nicolas’ main drive is to graphically create fantastic worlds and their mechanics, which he
does alone or in collaboration with other authors. This has naturally led him to tackle Lovecraft’s
universe. So far, he has done it on three books: