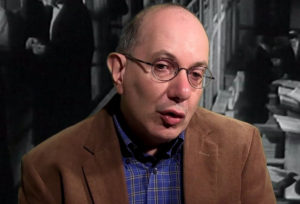 Marc Charley has been a Lovecraft enthusiast since his early days. One of his short films is adapted from the writer’s short story The Music of Erich Zann. His other films, The Curse of the Feathers, The Tomb, Special Train and Interview of Jean Croque, are inspired by his works and the mysterious and fantastic atmosphere which prevails in them. 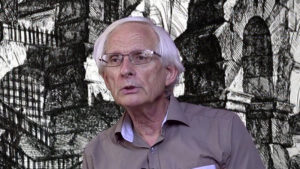 Emeritus Professor of the University of Poitiers, Gilles Menegaldo is a recognized specialist of fantasy and science fiction literature and cinema. He is the author of numerous books and articles, in particular on Lovecraft. For the film, he will gather the best specialists of Lovecraft and his work as well as artists, illustrators, filmmakers. 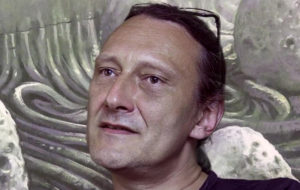 A Graduate from the Émile Cohl School of Art and Design, Nicolas has been working in the field of fantasy illustration for more than twenty-five years. In particular, he has contributed to the creation of illustrated books such as Kadath, Un An dans les Airs, Jadis or Gotland. He has also been active in the fields of movies, video games, comic books or role-playing games. He has won numerous awards including the Best Artist Award from the European Science Fiction Society in 2019. Particularly inspired by Lovecraft’s universe, Nicolas will be the artistic director of the project and, among others, will design the model of the library.

A graduate from the Ecole Nationale Louis Lumière (known as Vaugirard), Alan is the author of the book Optique et Prises de Vues, Femis, 1995. He has earned many awards such as the Best Special Effects Award at the Chalon sur Saone Image Festival in 1989. 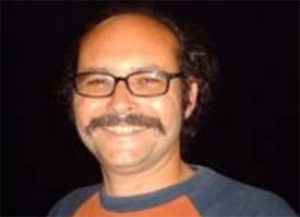 A Fine Arts graduate, Pierre-François is the founder of the puppet company Les Cailloux Sensibles. He has worked with Marc Charley on many films.

IInès started playing the piano very early. She has composed the soundtracks of many documentaries for Canal Plus and Arte with her father Gérald Calderon and her brother Philippe Calderon.